A total of twenty seven riders took part in this year’s event, including six of our riders: Laura Barefoot on Barney, George Hunter on Baby, Jahziah Dixon on Jim, Harry Fallowfield on Spike, Sophie Standing on Frankie and Heidi Parry on Tic Tac.

This is always an exciting opportunity to take part in a musical ride in a very big arena with large crowds watching. Unfortunately the weather forecast looked very unsettled and indeed for at least an hour in advance of our display we suffered very heavy rain, thunder and lightning!

However, just before we were due to go to the arena, the sun came out and everyone enjoyed the whole experience. I must congratulate the Kaya, our groom, on preparing the ponies so beautifully beforehand and coping with tacking up all six of them in record time once the rain had finally stopped. 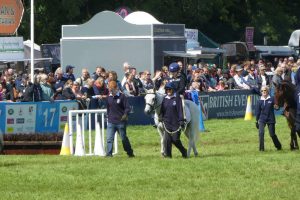 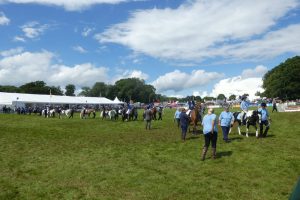 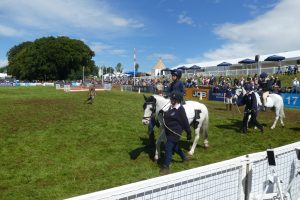 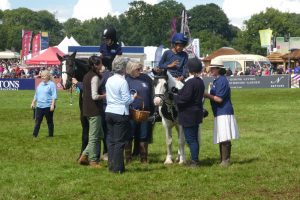 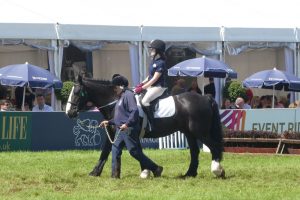 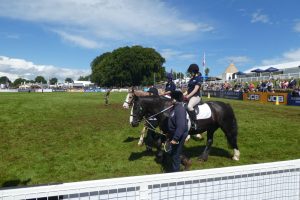 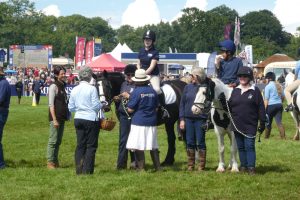 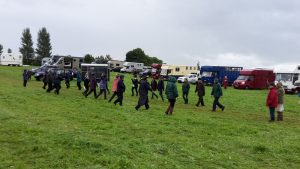 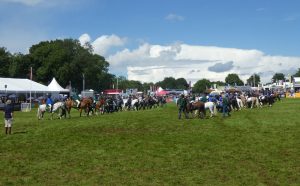 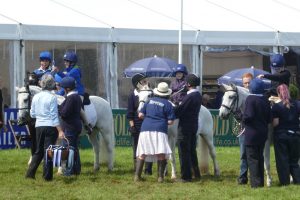 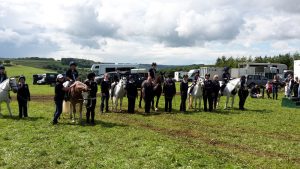 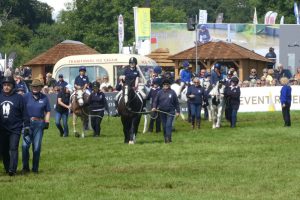 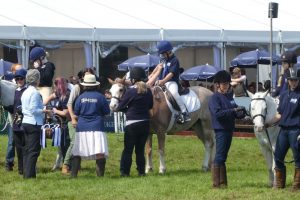 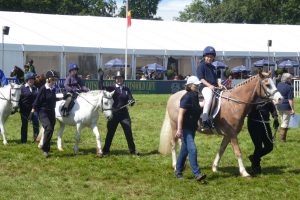 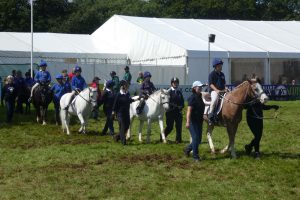 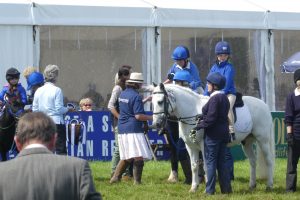 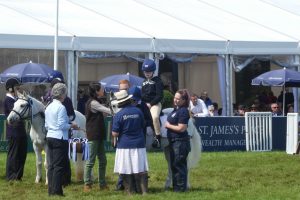 Congratulations to all our leaders and side helpers who coped so well with the sea of mud, especially in the collecting ring.

Thanks too to all the parents for coming to Gatcombe despite the weather and waiting for some considerable time before we could start the display. We were all rewarded by the smiles on our riders’ faces both during and after the event.

HRH The Princess Royal was unable to present the rosettes at the end of the musical ride so Sam Orde, the President of the National Riding for the Disabled Association  did a great job in her absence.

We had been invited by one of the event sponsors, Hamptons, to have tea afterwards and meet Harry Meade, a rider who was competing that day. Sadly, due to the delays and the rain, not many riders could wait around for this but those that did attend really enjoyed their tea and apparently Harry was brilliant in spending time with those that could stay on.

When we next go the Gatcombe in 2019 we will be celebrating 50 years since the RDA was formed so let’s hope for a dry, sunny day!