Erinnin began riding at Avon Riding Centre over a year ago, having already had some experience with horse riding. He had an infinity with them, asking a lot of questions about horses showing a genuine interest which was not usual for him.

Being on the Autistic Spectrum, Erinnin has trouble socialising and reduced levels of concentration, along with anxiety and repetitive disorders. Erinnin finds that structural routine is key to getting him through the day. Since coming to the Centre though Erinnin has found his confidence has grown, not just with the horses but in everyday life.

Erinnin has made some ground breaking decisions, including nominating himself for school council and being nominated by his peers to speak out for them. This year Erinnin has become a school prefect, governing a lower year at school.

The achievements Erinnin has made since starting horse riding are real milestones in his family’s eyes and they are very proud of him. They have found coming to the Centre has had an amazing impact on them all. Horse riding gives Erinnin something of his own which he delights in, looking forward to attending every week. It also allows the family to share his interest and gives them a common talking ground which has been really positive.

When asked about what going horse riding at Avon Riding Centre means to him, Erinnin said,

“It gives me a chance to be confident and in charge.”

If you would like to help more people feel confident, like Erinnin, please donate on our JustGiving page: 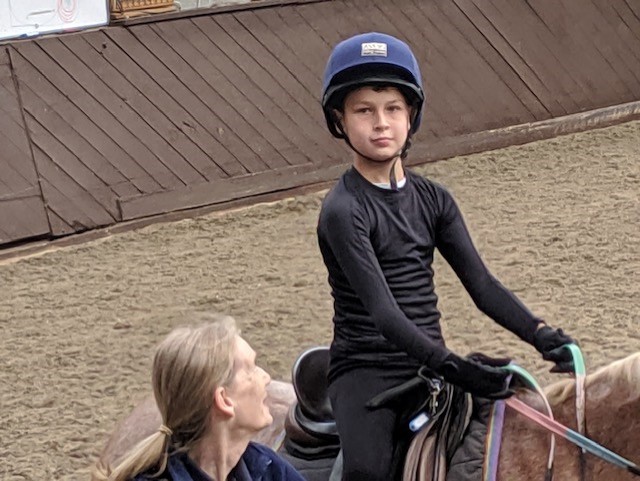