Once again we had a fantastic turn out for our Nativity Play & Carol Service on December 12th – almost all our seats were filled!

As usual, we started the evening with the presentation of some special awards by Lizzie Blair, our retiring Regional  Chairman and Rachel Vaughan Johns who will take over from Lizzie next year, to our riders and volunteers as follows:

Heidi won the Kerry Stoves Endeavour Award, Ezzy received the Stella Saywell Award and Lottie the Don White Cup (actually presented on Thursday in her lesson as she was unable to be at the Nativity).

Stephen Canby presented the Ken Canby Unsung Hero Award to Peta on behalf of Peter Burton who could not be there, Lizzie then gave Derek Stinchcomb the Volunteer of the Year Award.

Two other long service awards were also given to Peta Battersby for 10 years and Gill Beaman for 15 years of volunteering.

The choir from St Stephen’s Church were in great voice as usual – what a difference they make to the whole evening! Lin played the accompaniment and Sandy spent all afternoon setting everything up in readiness for the choir in the evening as well as giving an excellent reading and prayer during the Service.

This really is, as Sandy said, the true start of Christmas for all of us at the Avon Centre and our thanks go out to everyone who took part in the cast, all the volunteers and staff involved in the preparations beforehand and especially to Chris Chadwick for all her organisation and the wonderful costumes, assisted by Maureen Clark, and to Stuart Chadwick for setting up and controlling all the lighting.

Thanks to all the stable staff for preparing the horses and ponies so beautifully and to Abbie for the loan of her Shetland pony Joey who accompanied Father Christmas  into the arena.

Finally, thank you to Pat Pring and Sue Thatcher for the hot punch and mince pies served at the end, and to everyone that donated mince pies for us to enjoy!

Happy Christmas Everyone and see you in 2019! 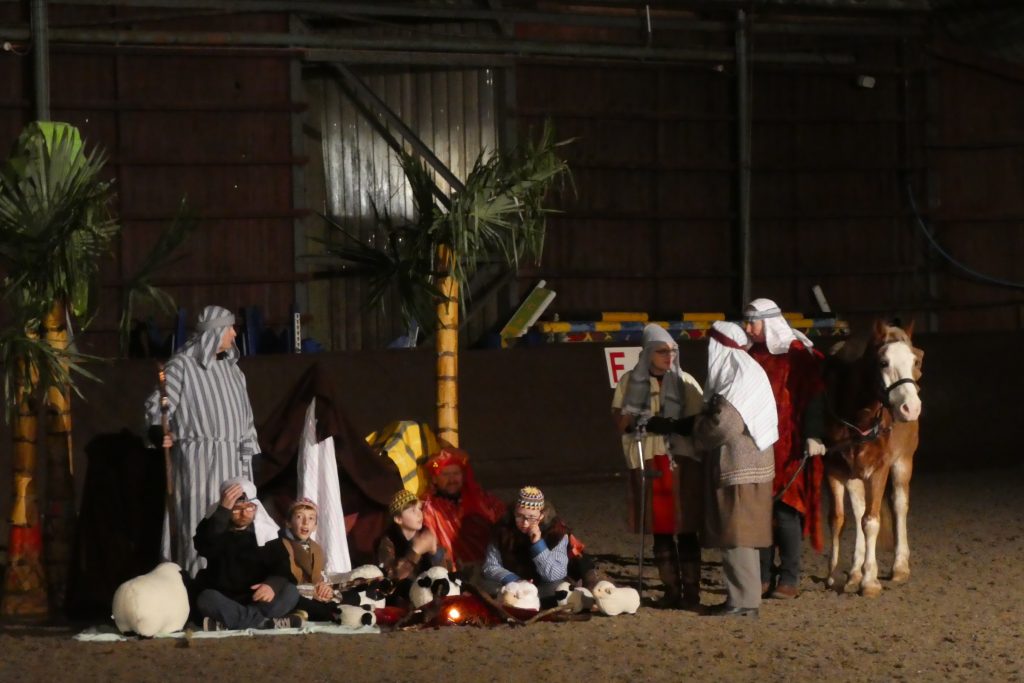 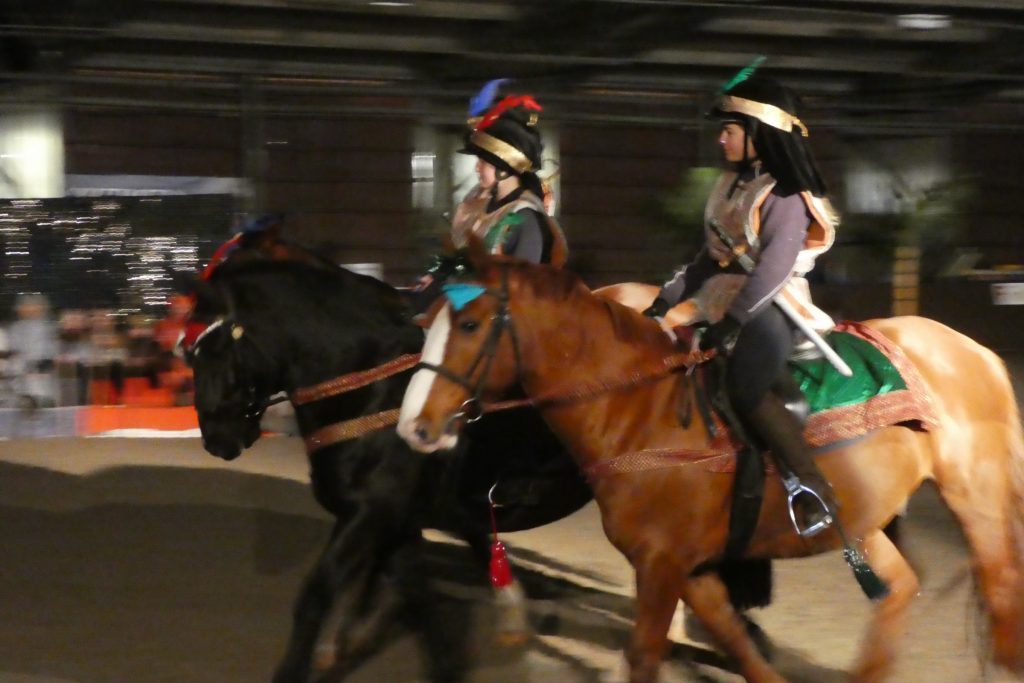 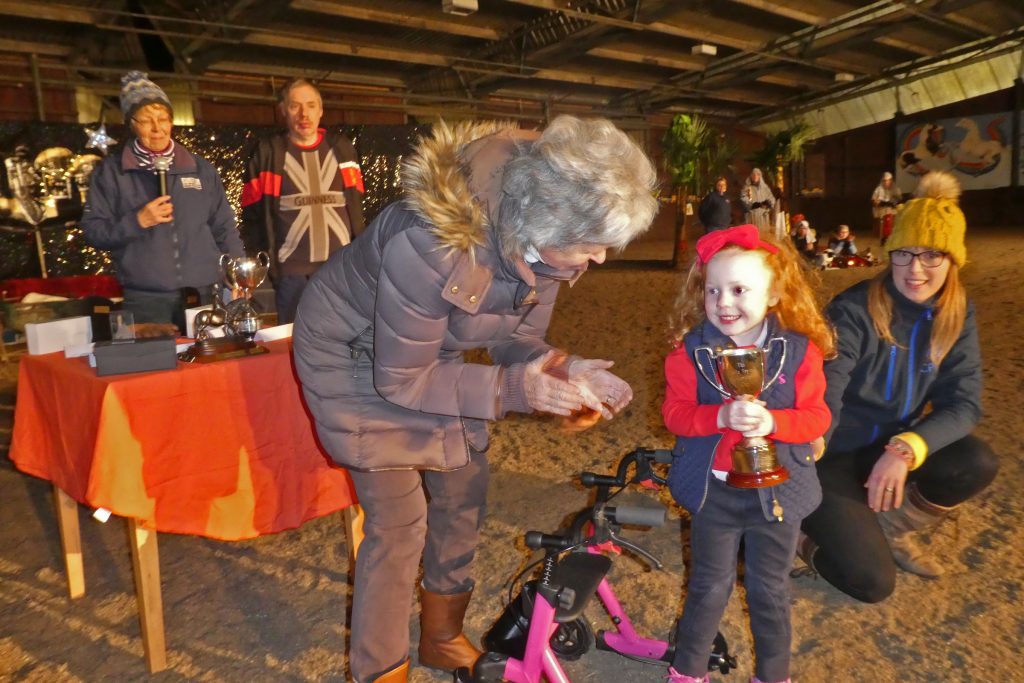 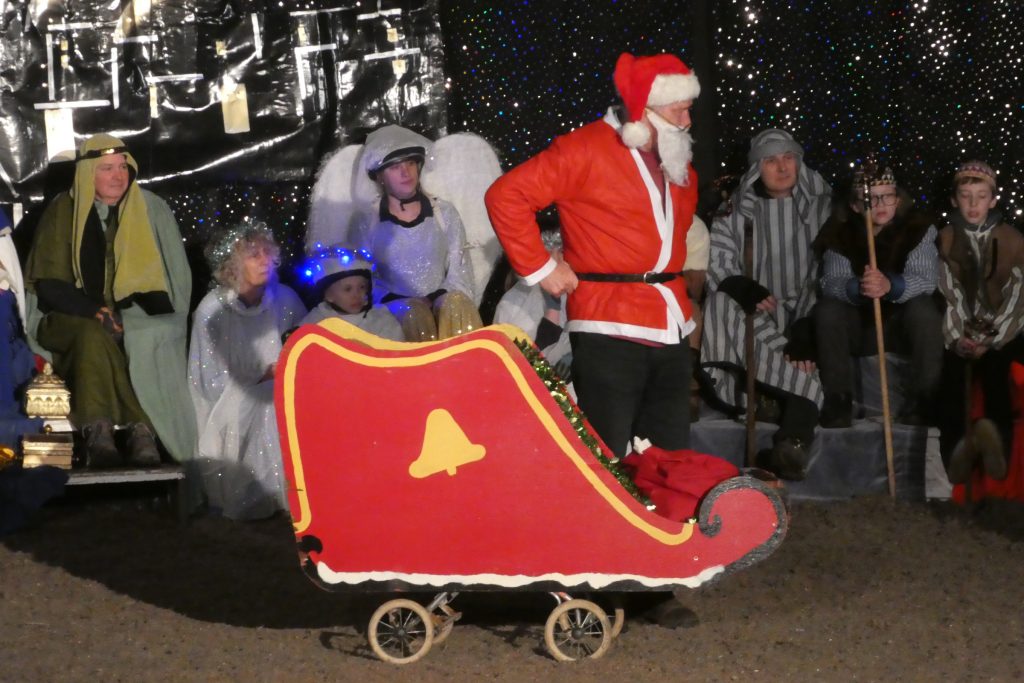 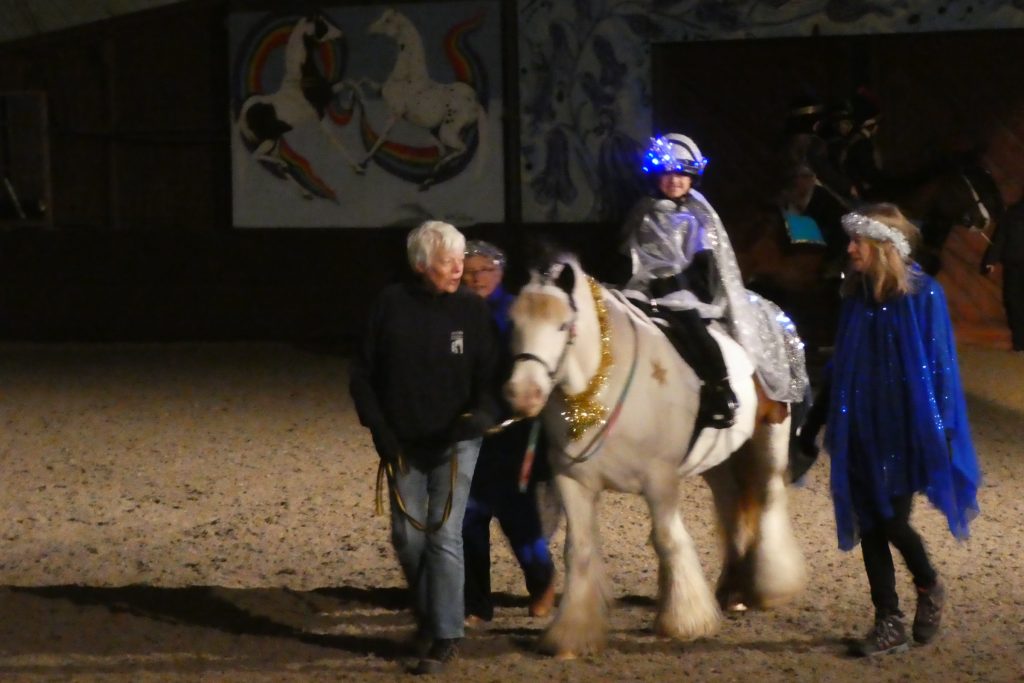 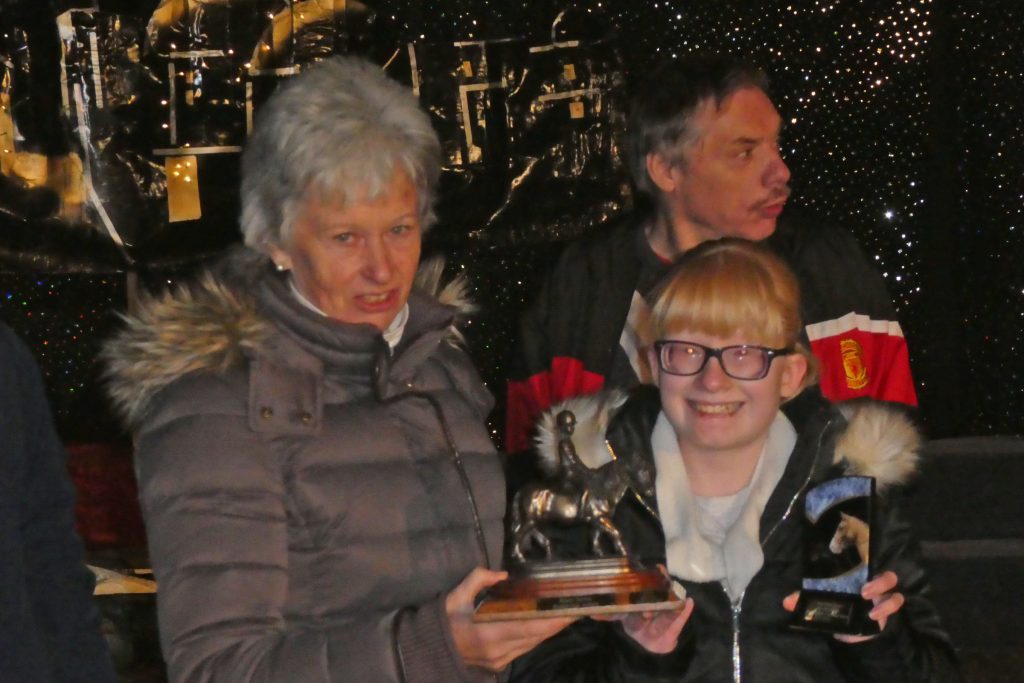 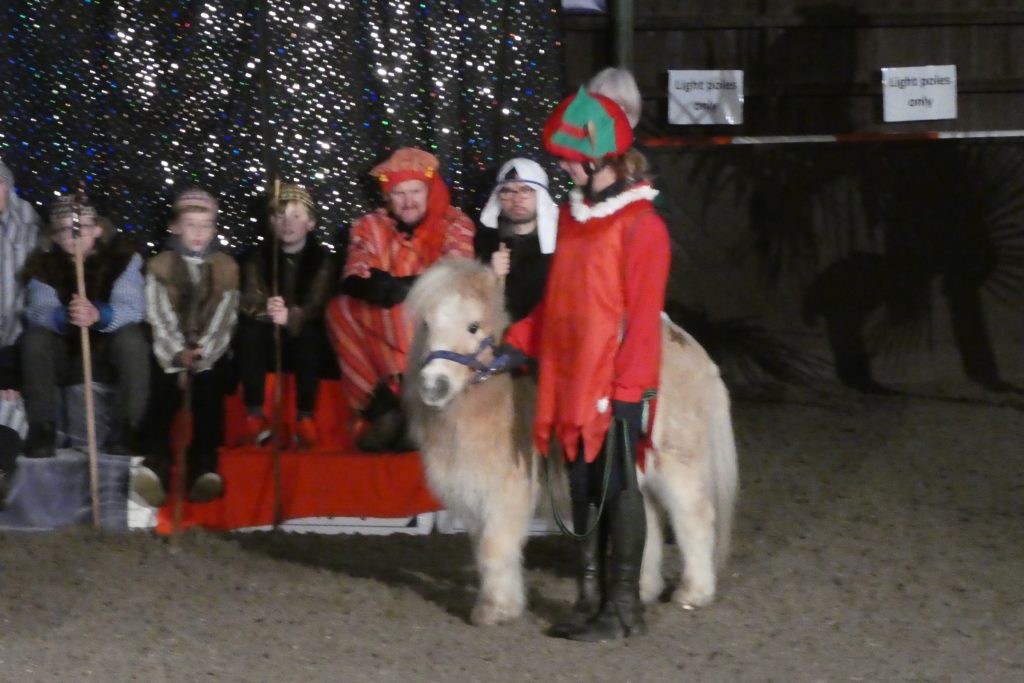 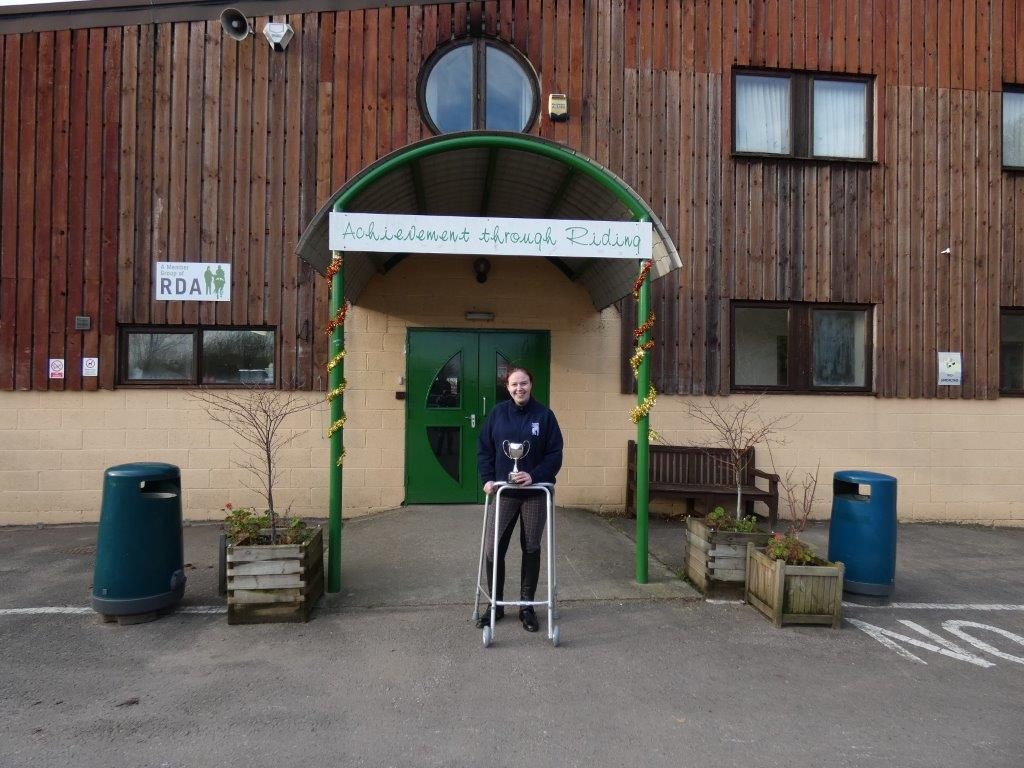 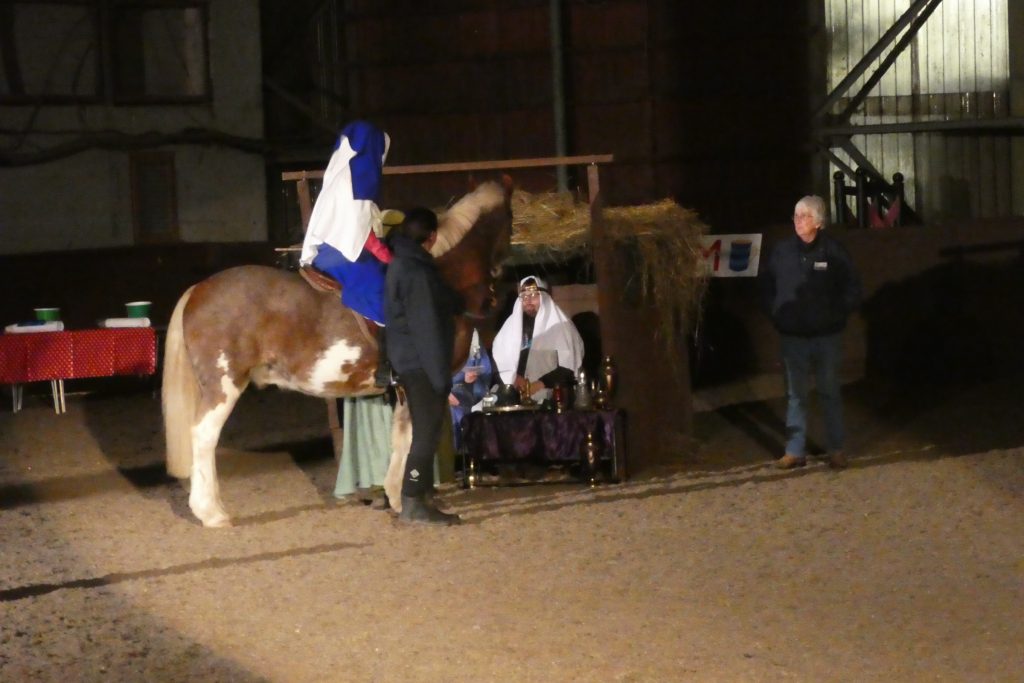 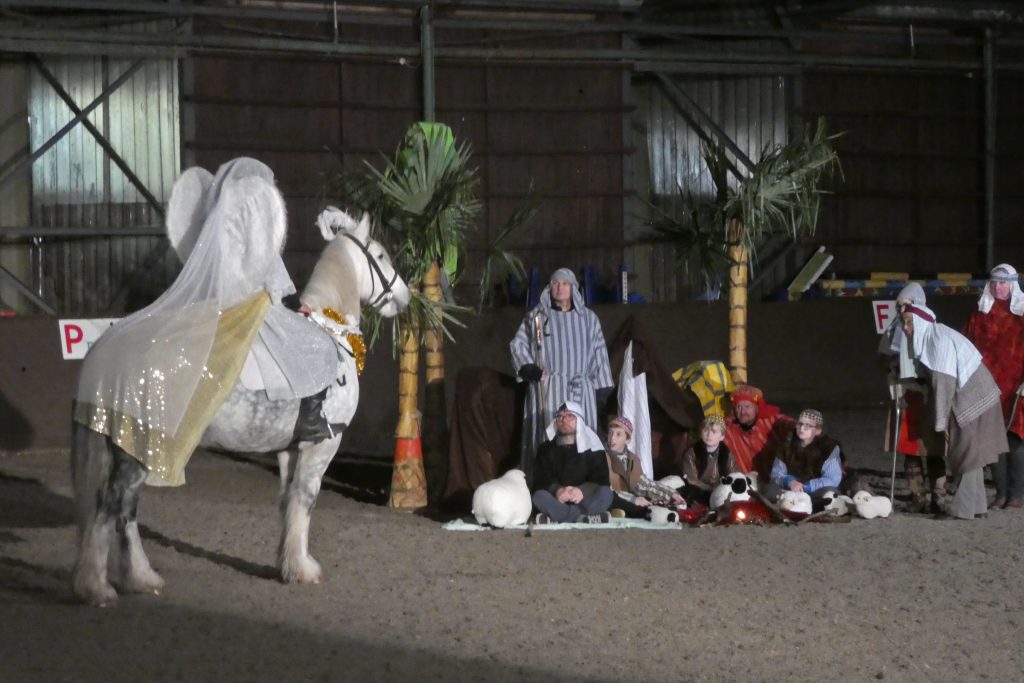 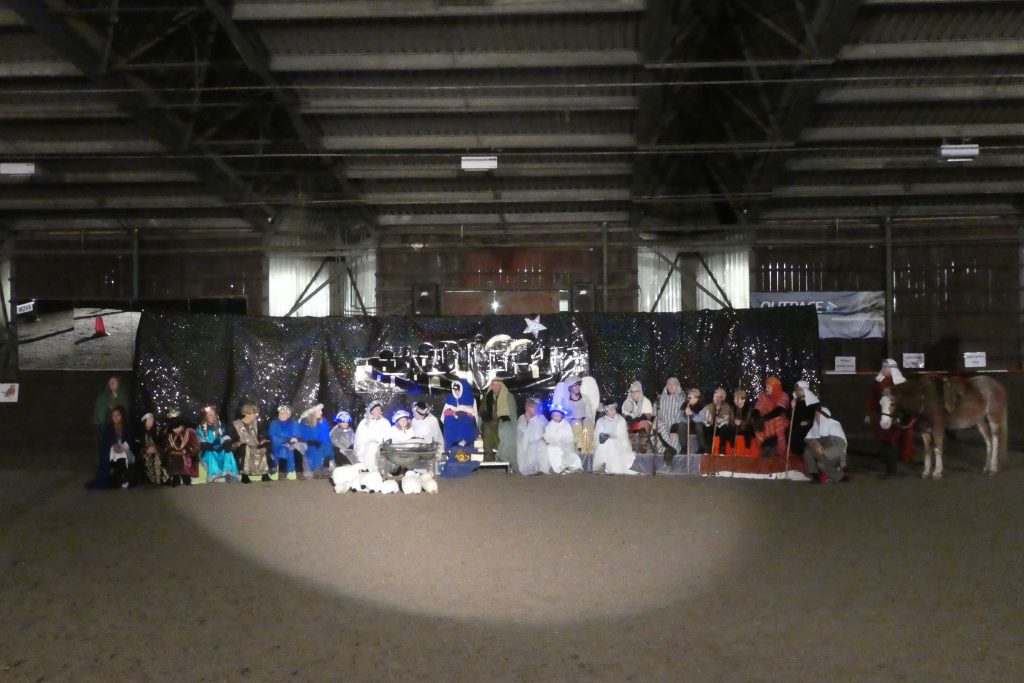 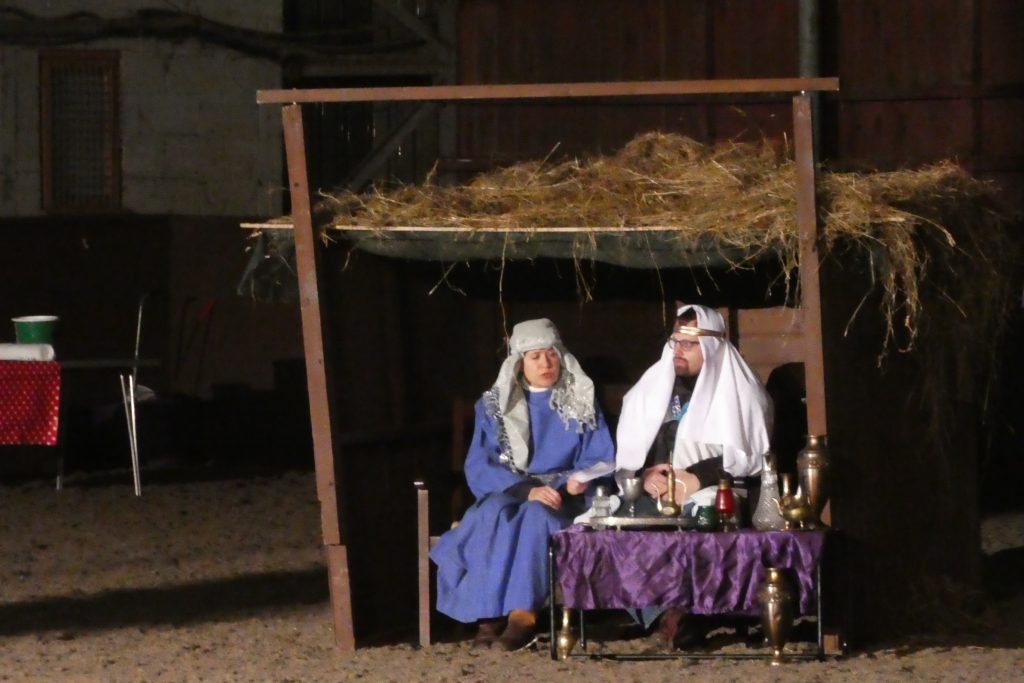 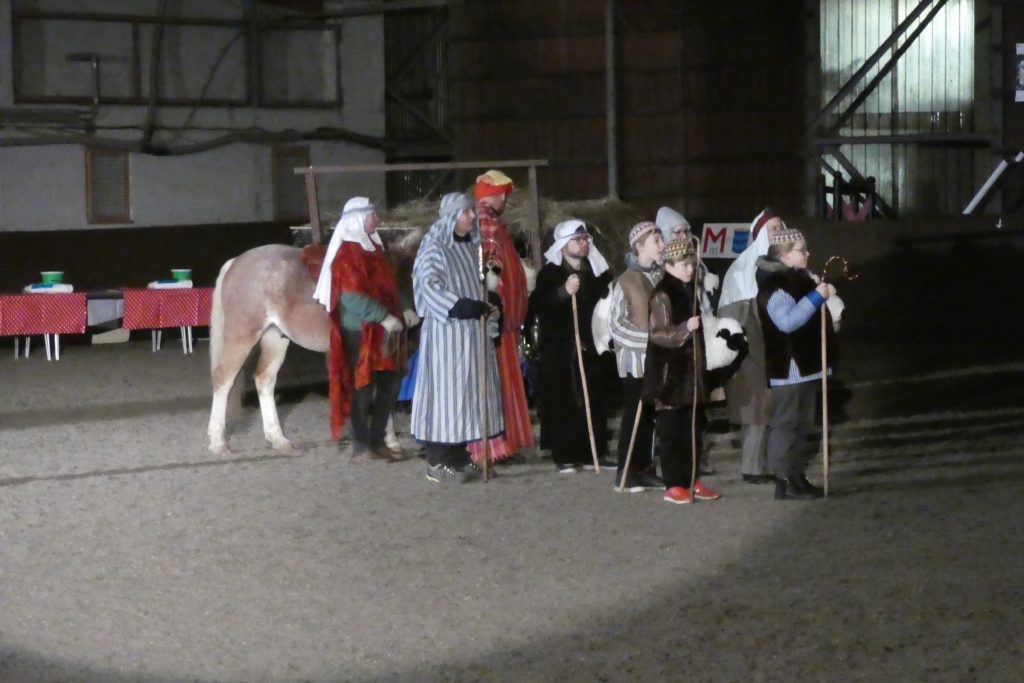 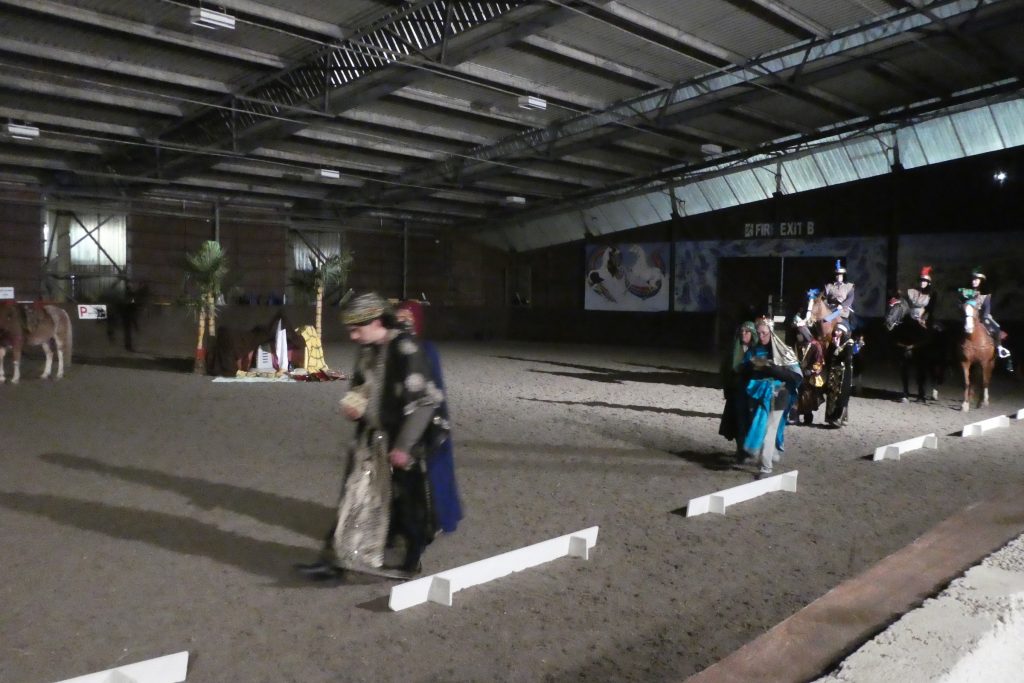 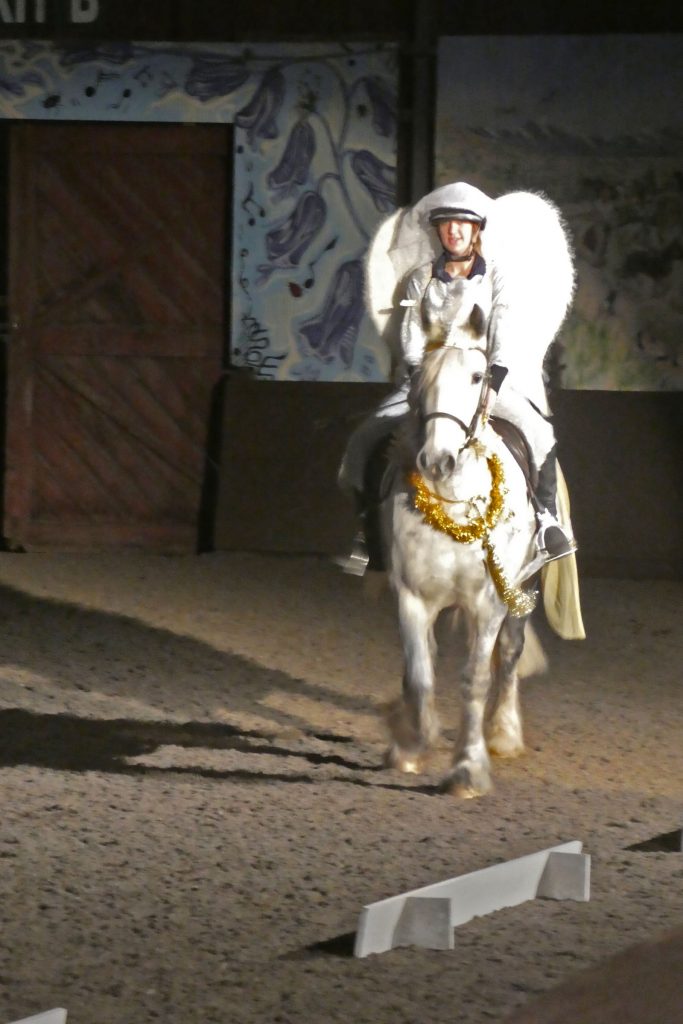 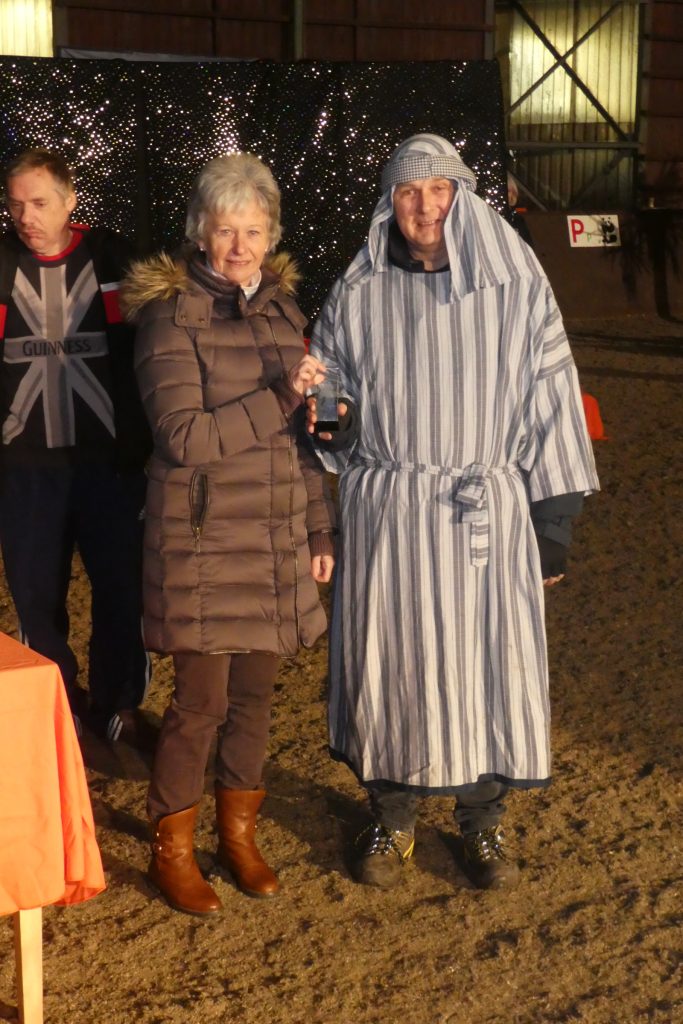 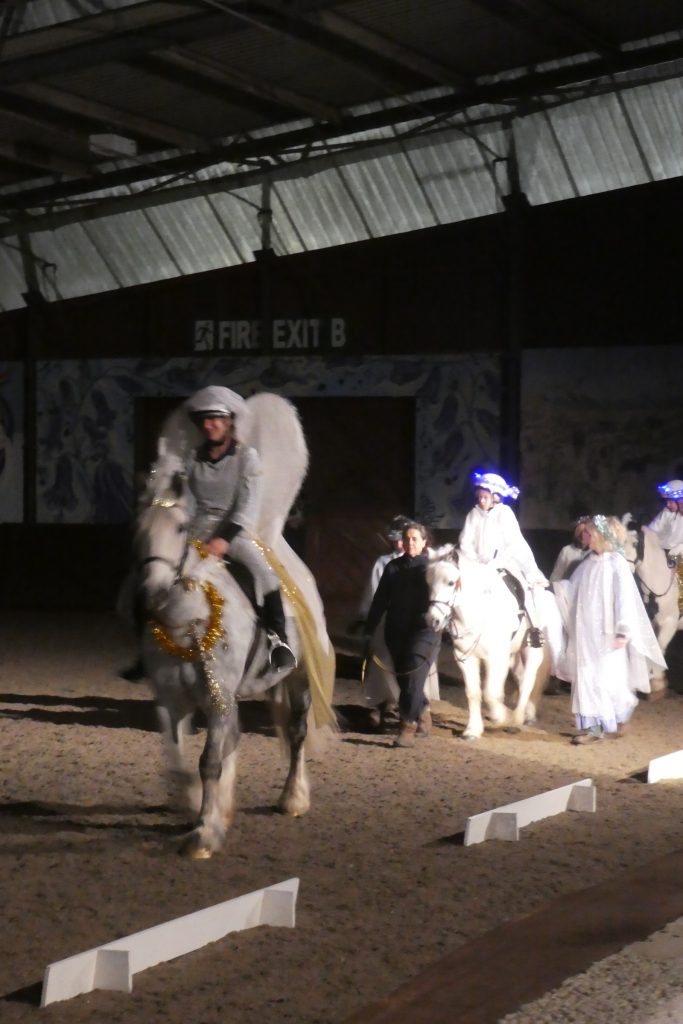 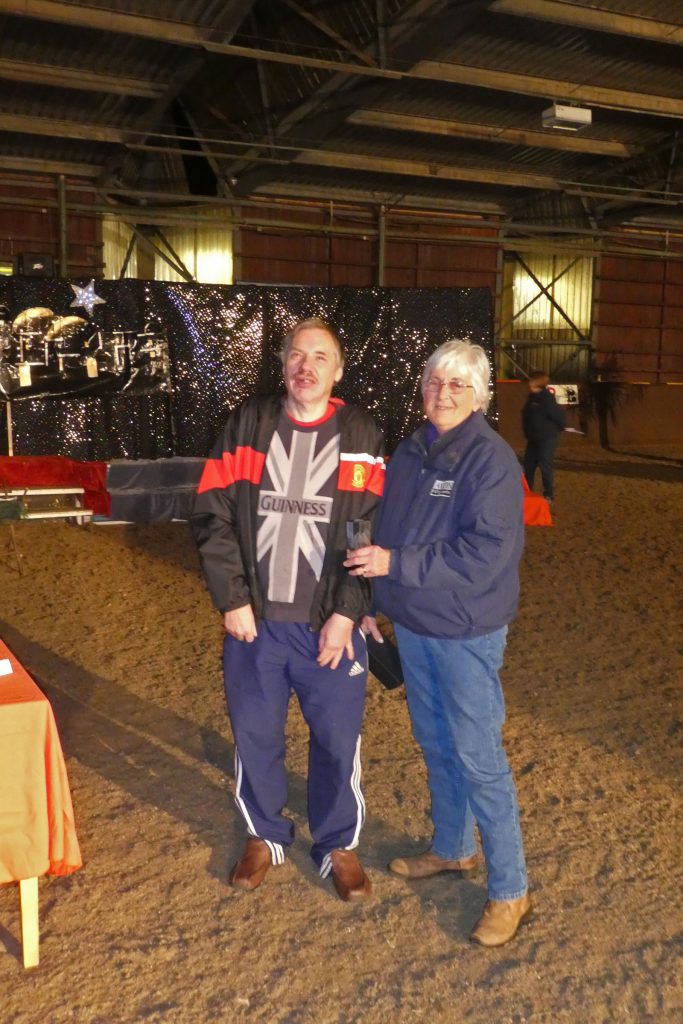