Here at Avon Riding Centre we are delighted to be able to offer you the opportunity to meet Tim Hadaway, the man responsible for the Olympic Equestrian events.

In the 1990s, Tim became the Director of Blair International Horse Trials, before moving on to an appointment as the Technical Advisor for British Eventing in 1996.  Since then he has been a Consultant to the BEF before taking his post as Equestrian Competition Manager for London 2012 in 2008.  Since the Olympics he has gone on to become  FEI  Director of Games and Championships.

On Thursday October 3rd he will be giving a talk here which will include soup and a roll, a presentation and a Q&A section at the end.  Tickets are £10 (£5 if you are one of our volunteers or a concession) and places are limited to hurry up and book your place. 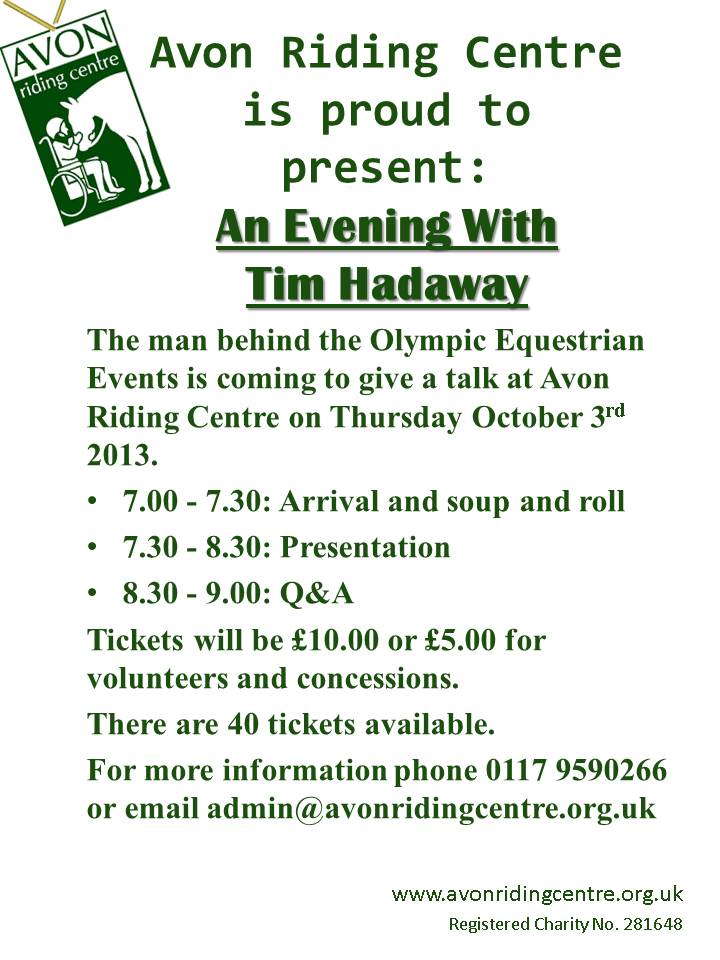